[Toon Tangent] Ever After High

ever after high, toon tangent

What’s sweet and always a treat after midnight? A cutesy, web-oriented show aimed at young children buying fairy tale dolls, of course. Ever After High is the fairy tale counterpart to Mattel’s powerhouse doll line Monster High, both of which feature dolls from lore or whimsical tales. Like Monster High all characters are sons and daughters of big Fairy Tale characters. Ever After High, however, focuses less on the ghoulish and more on the heart.
The school tells the tales of the Royals and the Rebels, as well as the differences and similarities between the two. Despite being on different sides, the show never villainizes any character for differences of opinion regarding their ‘Happily Ever Afters.’ Even characters such as the daughter of the Queen of Hearts, Lizzie, are given character development beyond the  usual screams of, “Off with their heads!”  This development is one of the many well-crafted aspects of the show, as it gives even minor characters a moment to shine. 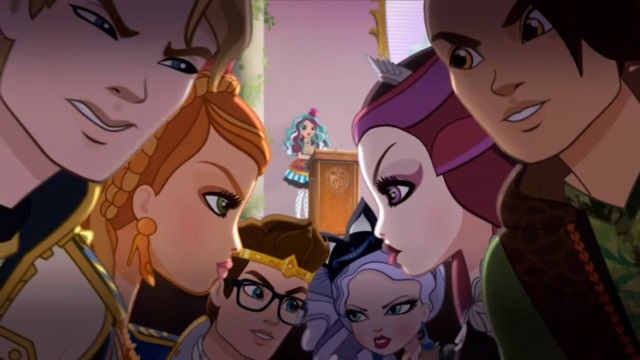 The main plot revolves around the two leaders of the respective clichés. Raven Queen, daughter of the Evil Queen and leader of the Rebels, attempts to find her own Ever After that doesn’t end with her becoming an Evil Queen like her mother. Apple White, daughter of Snow White and leader of the Royals, was more than happy with the tale she was destined to live. Each girl is a huge part of the other’s story, but the manner of the stories hasn’t yet been told.

The main conflict lies with the Storybook of Legends, which students sign to be the next in line for their Fairy tale. But certain events have taken place before the show, causing a rift between the students that ultimately solidified the Royals’ and Rebels’ differences. Grimm, the Headmaster and perceived villain, is the supposed mastermind behind the ambiguities of the Storybook. His villainy is only cemented in the eyes of the audience when the Headmaster’s brother, Gilles Grimm, is found to be cursed with a babble spell and shut off in the bowels of the school. But in the Nickelodeon-aired special, “Thronecoming”, the brothers come together in hopes of following the legends and keeping the students safe, giving the Headmaster his own redemption in the eyes of his students. 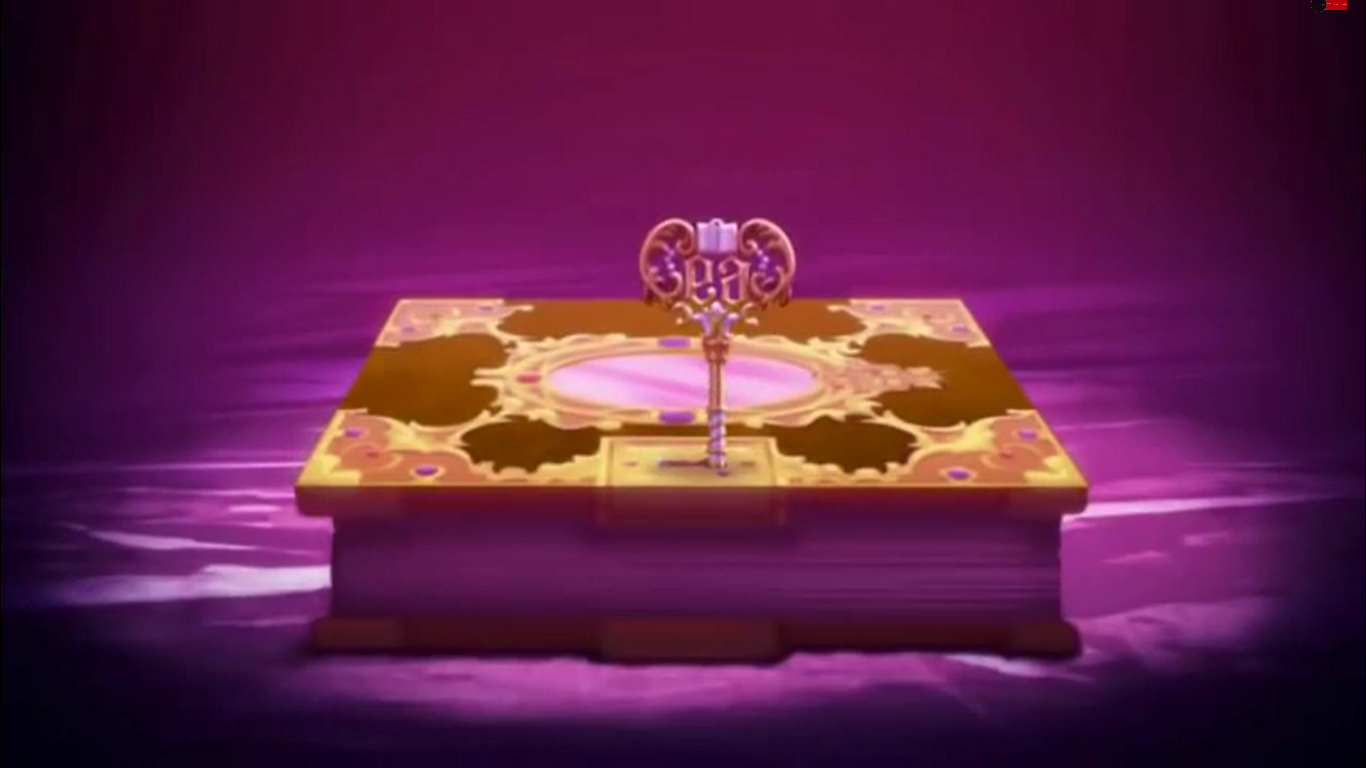 Aside from these grand tales and conflicts, Ever After High still finds time to focus on it’s lesser characters such as Madeline Hatter, the daughter of the Mad Hatter. Her stories revolve around either supporting her best friend Raven, or just generally being the wonderfully-mad product of Wonderland that she is. Likewise, Briar Beauty, the daughter of Sleeping Beauty and best friend to Apple White, attempts to prepare for her 100 year sleep by doing her best to live in the moment.  Even Monster High makes a bit of a cameo with the transfer of the Daughter of Eros and Cupid, who was originally of the Monster High line, complete with bone rib wings. Her soft side meshes much better in the Ever After High environment, in which she takes on the task of helping the forlorn and outcast of the school.

Another beautiful aspect of the show is the clothing design, which draws heavily upon the lolita style. Blondielocks, daughter of Goldielocks, sports a sweet lolita dress design with little bears along the bottom. Apple White’s dress is adorned with lovely embroidered gold pieces throughout her gradient red skirt, more akin to the gentle elegance of classic lolita. Likewise, Raven Queen’s dark style takes cues from the anarchic theme of punk lolita. Each character, including the males, is given their own unique design tied into fairy tale with a bit of a modern twist. 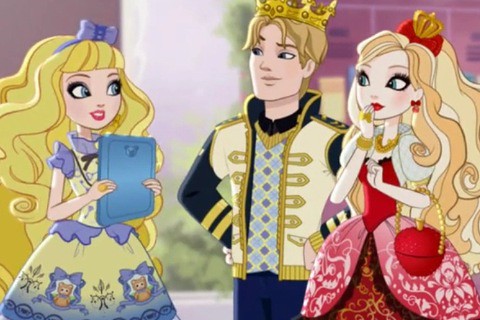 Ever After High only continues to grow in popularity, though still not at the height of the Monster High webisodes and movie count. It’s fairytale fun only draws in more viewers each day. As a web series alone, it is a fun, well-crafted story of students’ struggles to find the silver lining in their not-so-grand destinies, all the while enjoying the unique togetherness of high school.